about the rod maker 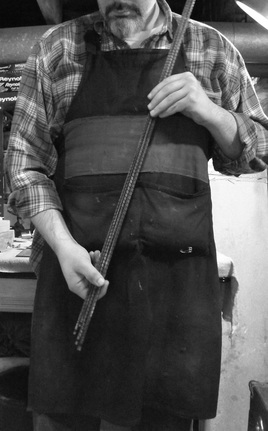 ​A fly rod has always been an important object in Chris' life. Growing up in North-Western PA close to numerous trout streams Chris' Mom, Dad, & brother all fished with fly rods. At the ripe old age of seven or eight (nobody can remember just when) his parents bought him his first fiberglass fly rod. Chris has fond memories of his early angling experiences. Everyday after school, & all day on weekends, throughout the spring to early summer he & his family would go fishing. Taking the sport seriously, yet still being a kid, Chris recalls dividing his time along the stream between fishing & playing in the stream-side woods or fields when the fishing was slow. He was allowed to play, so long as he took care of his tackle & didn't disturb anyone else who was fishing.

Both before & after graduating from college Chris worked as a professional musician and private music instructor. Straight out of school he went to work for a very reputable music store in Pittsburgh, PA as an instrument repair technician. There, working with & learning from some of the most experienced repairmen in the music business, he acquired many of the skills that both musical instrument repair technicians & rod makers employ. Mr. Ron Samson, a master string instrument repairman, was especially helpful to Chris teaching him many skills of the trade. It was during this time when one day, while admiring his Great-Grandpa's bamboo fly rod, he decided to give rod making a try. He began studying every book on the subject he could find & asking questions to many professional rod makers who kindly helped him along. Armed with the knowledge he gained Chris started designing & building some of the tools necessary in making split-cane rods. This included a set of steel planing forms, binding machine, etc. & he also began making graphite & fiberglass rods, too. Soon his first split-cane fly rod was complete & a love affair with the craft of rod making was born. After all these years he still gets excited upon completing a fly rod.

Soon after becoming a full time rod maker, Chris began making the rod bags & tubes for all his rods. This led him to a serious study of how different fishing accessories are made. Eventually Chris would design & make an entire line of fishing accessories including leather fly wallets, leader wallets, fishing bags, reel cases, etc. - each one made with the same attention to detail as his fly rods.

Chris lives in the rolling hills of Amish farm country in North-Western Pennsylvania among many good fishing waters. Coming from a long line of anglers of the long rod, his rod collection includes the fly rods of his Great Grandpa's, Grandpa's, Grandma's, & that of other family members. He donates a number of his rods to groups that do positive work through fly fishing. 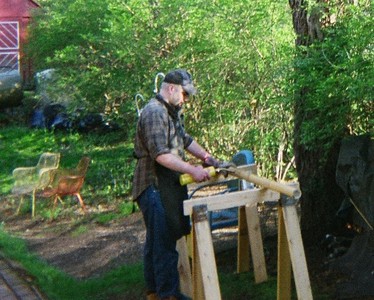 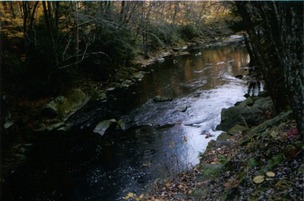 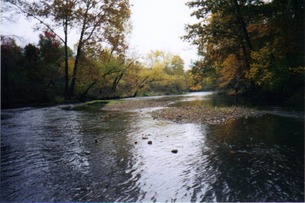